Get The latest News 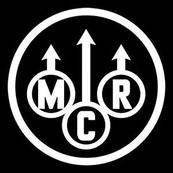 "Being in this band for the past 12 years has been a true blessing. We've gotten
to go places we never knew we would. We've been able to see and experience
things we never imagined possible. We've shared the stage with people we admire,
people we look up to, and best of all, our friends. And now, like all great
things, it has come time for it to end. Thanks for all of your support, and for
being part of the adventure."
My Chemical Romance 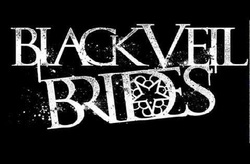 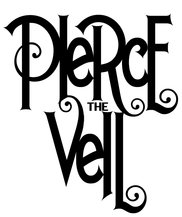 Pierce the Veil is an American post-hardcore band from San Diego, California. Formed in 2007, the group was founded by brothers Vic and Mike Fuentes after the disbandment of the group Before Today (formerly Early Times), which was formed out of the San Diego punk rock scene. Other members of the band include Jaime Preciado (bassist and backing vocals) and Tony Perry (lead guitar). Pierce the Veil has released three studio albums and has continuously been inducted into several worldwide tours since the release of their debut album, A Flair for the Dramatic in 2007. The band released their second full-length studio album, titled Selfish Machines in 2010. Their third and latest album, Collide with the Sky, was released in 2012, and is their first album under the major record label Fearless Records.

Sleeping with Sirens is an American post-hardcore band from Orlando, Florida currently
residing in Grand Rapids, Michigan. The band was formed in 2009 by members of For All We Know, Broadway, and We Are Defiance. They are currently signed to Rise Records and have released two full-length albums and an acoustic EP, If You Were a Movie, This Would Be Your Soundtrack, which was released on June 26, 2012. The group is known primarily for the versatility of vocalist Kellin Quinn's tenor leggiero vocal range.

bring me the horizon

Bring Me the Horizon are a British metalcore band from Sheffield, Yorkshire. Formed in 2004, the group currently consists of lead vocalist Oliver Sykes, lead guitarist Lee Malia, bassist Matt Kean, drummer Matt Nicholls and keyboardist Jordan Fish. They are currently signed to RCA Records globally and Epitaph Records exclusively in the US. While their earlier work is noted for its strong influence from American metalcore bands, they started to adopt a more eclectic style of metalcore in future releases. They have released four studio albums and two extended plays.

Panic! AT THE DISCO

All Time Low is an American pop punk  band from Towson, Maryland, a suburb of Baltimore, formed in 2003. The band consists of vocalist and rhythm guitarist Alex Gaskarth, lead guitarist and backing vocalist Jack Barakat, bassist and backing vocalist Zack Merrick and drummer Rian Dawson. The band's name is taken from lyrics in the song "Head on Collision" by New Found Glory. All Time Low has released four albums, two extended plays and a live album. The band consistently tours all year long, headlining numerous tours, and has appeared at music festivals including Warped Tour, Reading and Leeds and Soundwave 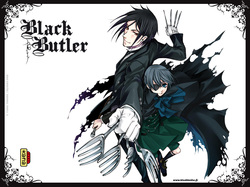 Black Butler (Japanese: 黒執事 Hepburn: Kuroshitsuji?) is a manga written and illustrated by
Yana Toboso. Since its debut on September 16, 2006, it has been serialized in Square Enix's shōnen manga magazine Monthly GFantasy

DeathNote (デスノート Desu Nōto?) is a Japanese manga series created by writer Tsugumi
Ohba and manga artist Takeshi Obata. It centers around Light Yagami, a high school student who discovers a supernatural notebook, the titular "death note". This notebook grants its user the ability to kill anyone whose name and face they know. The plot follows Light's subsequent efforts to exterminate criminals and "bad people" using the notebook, and the attempts of the detective L to stop him. 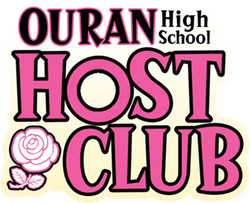 Ouran High School Host Club (桜蘭高校ホスト部 Ōran Kōkō Hosuto Kurabu?) is a manga series by Bisco Hatori, serialized in Hakusensha's LaLa magazine between the September 2002 and November 2010 issues. The series follows Haruhi Fujioka, a scholarship student at Ouran
High School, and the other members of the popular host club. The romantic comedy
focuses on the relationships within and outside the Club and satirizes the clichés and stereotypes that endure in shōjo. There are also occasional moments where the characters break the fourth wall. The manga has been adapted into a series of audio dramas, an animated television series directed by Takuya Igarashi and produced by Bones, and a visual novel by Idea Factory. 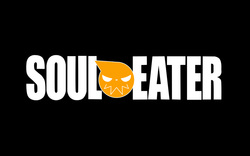 Soul Eater (ソウルイーター Sōru Ītā?) is a Japanese manga written and illustrated by Atsushi Ōkubo. Set at the "Death Weapon Meister Academy", the series revolves around three teams, each consisting of a weapon meister and (at least one) weapon that can transform into a humanoid. Trying to make the latter a "death scythe" and thus fit for use by the academy's headmaster Shinigami, the personification of death, they must collect the souls of 99 evil humans and one witch, in that order; otherwise, they will have to start all over again.

Fullmetal Alchemist (Japanese: 鋼の錬金術師 Hepburn: Hagane no Renkinjutsushi?, literally "Alchemist of Steel") is a Japanese manga series written and illustrated by Hiromu Arakawa.
The world of Fullmetal Alchemist is styled after the European Industrial Revolution. Set in a fictional universe in which alchemy is one of the most advanced scientific techniques, the story follows the brothers Edward and Alphonse Elric, who are searching for a Philosopher's Stone to restore their bodies after a disastrous failed attempt to bring their mother back to life
through alchemy.

Fruits Basket (Japanese: フルーツバスケット Hepburn: Furūtsu Basuketto?), sometimes abbreviated Furuba (フルバ?), is a Japanese shōjo manga series written and illustrated by Natsuki Takaya. It was serialized in the semi-monthly Japanese magazine Hana to Yume, published by Hakusensha, from 1999 to 2006. The series was also adapted into a 26-episode anime series, directed by Akitaro Daichi. The series tells the story of Tohru Honda, an orphan girl who, after meeting Yuki, Kyo, and Shigure Sohma, learns that thirteen members of the Sohma family are possessed by the animals of the Chinese zodiac (十二支 Jūnishi?) and are cursed to turn into their animal forms when they are weak, stressed, or when they are embraced by anyone of the opposite sex that is not possessed by a zodiacal spirit. In the anime it is possible to transform through torso contact.